Want to Teach English in Turkey?


Turkey is the only country in the world that is divided into two continents, Asia and Europe. The LanguageCorps CELTA Certification program in Turkey is located on the Asian side of the continent in the coastal city of Izmir. Izmir is the third most populous city in Turkey. Its beauty lies in its ability to embrace its contradictions, it’s a metropolitan city with expansive archeological sites. Ancient and modern, religious and secular, Asia and a bit of Europe, mystical and earthly all co-exist here.

Izmir is a friendly and laid-back city, it feels big and small at the same time. The training institute is centrally located, only a minute walk away from the sea-side. The area is easily accessible by public transportation and has a wide variety of nice restaurants and cafe’s. The streets are varied, some being narrow alleyways and others, being pedestrian avenues. The many affordable holiday resorts in the area allow for a relaxing tiny vacation during your intensive CELTA certification course.

CELTA (Certificate in Teaching English to Adults) is an initial teacher training qualification provided by the University of Cambridge English Language Assesment through our authorized training center in Izmir. The four-week CELTA Certification course includes 36 academic input sessions and 6 hours of observed teaching practice. Traditionally, a CELTA course contains 120 hours of in-class training. Our training in Izmir is designed to be less ‘rushy’ and is spread over 144 hours.  The program is intense, but interactive and has a very practical approach.

During your CELTA course, you will cover the following topics:

The course will give you the skills and confidence necessary to embark on a teaching career and work in a professional manner anywhere in the world.

The CELTA Certification Program Fee in Izmir, Turkey is US$1,430 from September-May and $1,570 in June, July and August. 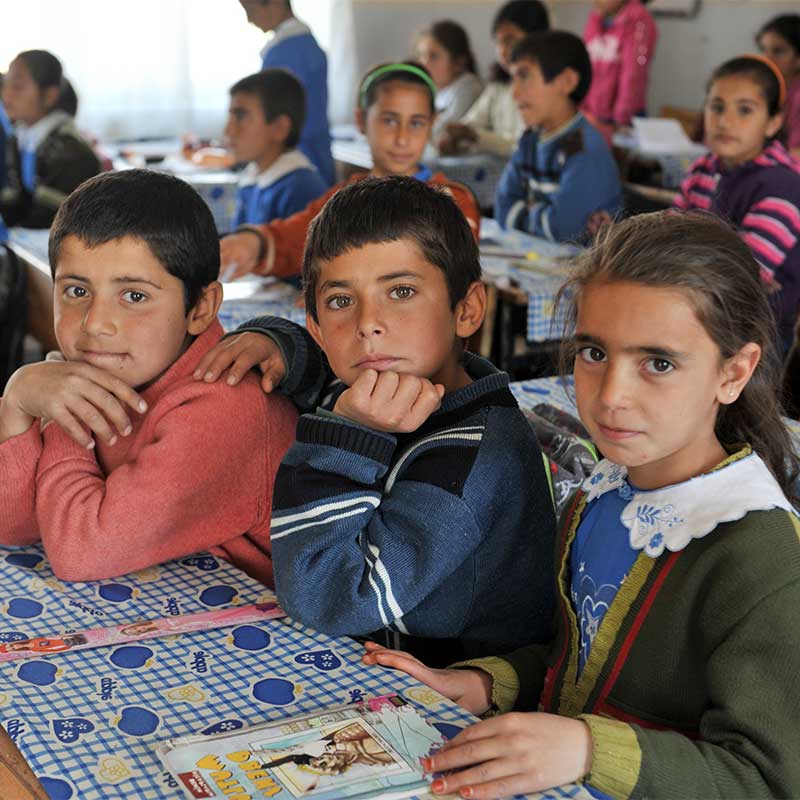 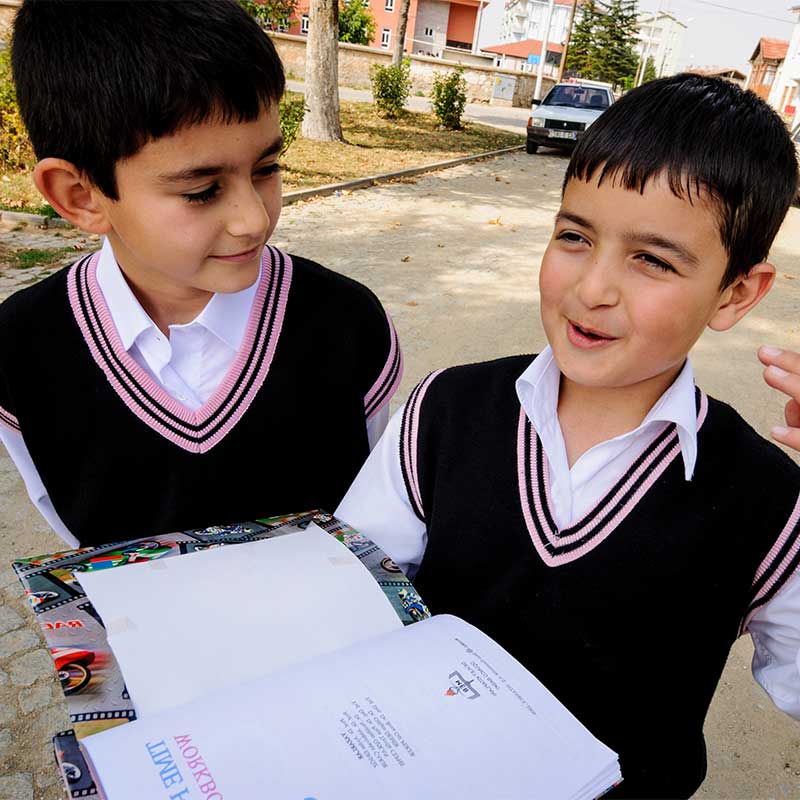 The teaching opportunities in Izmir are plentiful. Many course participants have found a teaching position by the end of the four-week CELTA Certification Program, and if it’s not before completion of the course, they usually secure a paid position within one or two weeks after. If you’re not looking to work in Izmir, there are plenty of opportunities in basically every major city in Turkey. Ankara, Antalya, Bursa, Diyarbakir and of course — Istanbul. All have a high demand for English teachers.

Language schools cater to every level from primary schools to businesses. Jobs at Universities and K-12 schools are available, but a bit harder to find and usually require a university degree in a relevant field or previous experience in respective school settings.

Although language schools in Turkey usually hire new teachers year round, your chances of landing a job quickly significantly increase if you are around late August and September, and in January.

A full-time teacher typically works around 30 hours a week. At the beginning of their careers, most teachers get hired part-time and have jobs at different schools. Some teachers wait until they are more experienced, as most schools will eventually give them additional hours once they have proven to be successful. The contract length in Turkey tends to be a bit longer, as many schools will help their teachers get a residence permit or a work visa. Typically, a teacher works on a 10-12 month contract.

In some cases, you will be able to pick up the phone or send an email and you will get hired in advance. However, most schools will want to interview potential teaching staff in person.

A TEFL, TESOL or CELTA certificate is needed for teaching English in Turkey. Generally speaking, a 4-year degree is preferred, but not always required, this highly depends on the type of school. Universities and K-12 schools typically do require a university degree in a relevant field. University degrees are always required for people who want to apply for a work visa (as opposed to a residence permit).

Depending on your experience and qualifications, you will either break-even financially or earn enough money to make some savings. Salaries in Turkey are pretty decent, but the ability to save money also depends on your lifestyle and where you live. An average salary, depending on the amount of hours, location, experience and type of school, is between $700-$1500. Living expenses start around the same price, but usually don’t exceed the $1200 mark. Hence, if your salary is on the higher end, and you keep your monthly expenses low, you are able to save quite some money in this country.

Benefits: it’s more an exception rather than a rule, but sometimes schools provide housing and will reimburse your airfare.  If a school does not provide housing, they often do assist their teachers to find a place to live. Schools should also help you obtain a residence permit or a work visa.

In addition to the program and housing fees, you will want to plan for airfare (unless provided by employer), any visa costs, and personal expenses (meals, local transportation, security deposit and first month’s rent on an apartment once you know where you’re working).

Travel For The Program

A visa is required to enter Turkey. You can easily apply for a 3-month multiple entry E-visa online prior to your trip to Turkey. This visa allows you to stay in Turkey up to 90 days withing 6 months from the day of your arrival to Turkey. These 90 days cover the duration of your certification program.

A work visa can sometimes be arranged before arriving in Turkey, but you will need to secure a contract first. You should apply for a work visa at the Turkish consulate in your own country. The more common way is to find an employer, while in Turkey, that will apply for a work visa on your behalf. Please note that not all schools will sponsor for this work visa, teachers often need to pay for the costs themselves. The school needs to provide you with all the documentation needed, which need to be translated into Turkish as well. In order to apply for a work visa, you need to hold a university degree.

Istanbul is a world metropolis and has developed into the 9th largest city on Earth largely due to its geopolitical location. It is spread over nearly 600 square miles of land and is home to an estimated 12-15 million inhabitants. It is the only city in the world to straddle two continents, and the only one to have been a capital during two consecutive empires – Christian and Islamic. Istanbul consists of, on the European side, the Historical Peninsula to the south of the Golden Horn with the Galata District to the north and, on the Asian side, the New City. The European side of the city is the trade and business center, whereas the Asian side is more residential. Istanbul still remains the commercial, historical and cultural pulse of Turkey, and its beauty lies in its ability to embrace its contradictions. Ancient and modern, religious and secular, Asia and Europe, mystical and earthly all co-exist here.

Istanbul has a long and interesting history. Byzantium was the city’s original name, and it was changed to Constantinople during the height of the Holy Roman Empire. Today, the city is still a political and commercial center for the Balkan and Middle Eastern countries, as well as the Turkish Republics of Central Asia. As the city is the crossroads of East and West, the cultural, religious, and architectural synthesis is unlike any other city. Istanbul is often compared to Rome (both having been the capitals of Byzantine and Ottoman Empires) for its many similarities including numerous and imposing religious and civil structures. Istanbul is a mecca for tourism and visitors find it fascinating.

Its variety is one of Istanbul’s greatest attractions: the ancient mosques, palaces, museums and bazaars reflect its diverse history. The thriving shopping area of Taksim buzzes with life and entertainment. And the serene beauty of the Bosphorus, Princes Islands and parks bring a touch of peace to the otherwise chaotic metropolis.

The natural beauty of the Golden Horn is reason enough to visit this part of the world. The moderate climate, active night life, diverse population, and excellent Turkish cuisine are other factors which make Istanbul attractive to foreigners. 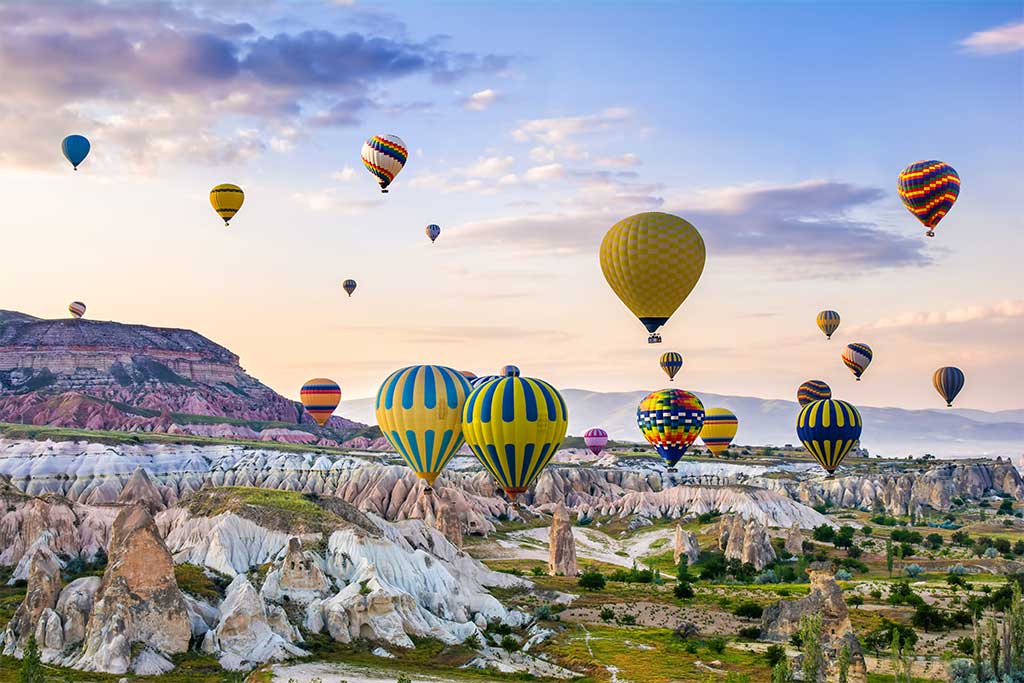 Evidence of Istanbul’s blend of East and West can be seen in the clothing worn by both men and women. Women can be seen in fashionable skirts, dresses with bare arms, and slacks, as well as black abayas that cover them from head to toe. Sometimes their faces are uncovered, and sometimes the black veiling is clipped tightly over their noses, leaving only their eyes visible. Incongruously, some of these modest ladies can be accompanied by men in sleeveless undershirts and fashionably torn jeans. Headscarves can be seen everywhere, on women young and old, and are clearly a fashion statement with their vibrant splashes of color.

When teaching, be sure to adhere to the local working culture and basic ideas of professionalism. Business Casual is a safe bet.

There is an abundance of things to see and do in Istanbul, but a few are not to be missed. Home of the Ottoman sultans for nearly 400 years, Topkapi Sarayi (“Palace of the Cannon Gate”) was the heart of the vast Ottoman Empire, ruled by the monarch who lived in Topkapi’s hundreds of rooms with hundreds of concubines, children, and servants.

Near the Topkapi Palace, Ayasofya, or the Church of the Divine Wisdom (Hagia Sophia in Greek), is one of the most impressive and important buildings ever constructed. Its wide, flat dome was a daring engineering feat in the 6th century, and architects still marvel at the building’s many innovations.

Istanbul’s imperial Mosque of Sultan Ahmet I (Sultan Ahmet Camii) is Islam’s elegant answer to Ayasofya. It is called the Blue Mosque because of its interior tiles, mostly on the upper level and difficult to see unless you’re right up there with them. The mosque was built from 1603-1617 and has six minarets and a great cascade of domes. It is built on the site of the Great Palace of Byzantium, on the southeastern side of the Hippodrome. 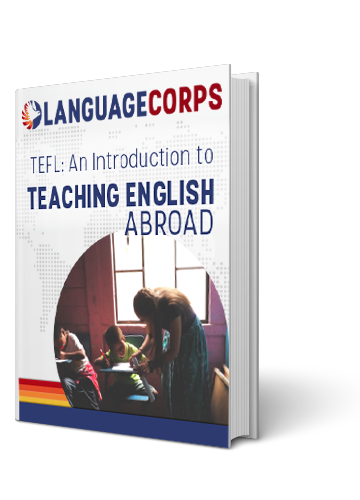